Overlooking All the J’s 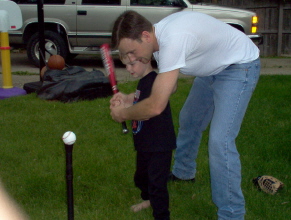 We all need a little help now and then

Last week I heard from one of the editors who helped form me as a writer. It has been more than twenty years since I submitted my first article to him, and we stay in touch. The magazine he worked for no longer exists, but the lessons he taught me remain. One lesson is how to be merciful. After I’d written several articles for his regional magazine, I approached my editor about an idea for a novel. Since the publishing team was thinking of moving in that direction, they were willing to take a look.

A few weeks later, I handed over two-hundred pages of manuscript typed on a manual typewriter. As my editor placed the bundle in his car, I said, “It has a few extra “J’s”. Just watch out for those.”

He raised his eyebrows. “What?”

“Extra J’s. The J key is kind of touchy, and my index finger must have a twitch. About every sixth line, I hit a J before I started typing the next word.”

And do you know what this experienced editor did? This University of Missouri School of Journalism graduate just smiled and said, “Okay. I’ll watch out for that.”

I cringe at the memory. But he went on to edit the manuscript with great depth and sincerity. He told me which lines were good. Which ones should go. And then he asked me a series of questions to help make an actual novel out of the pathetic, skinny, worse-than-rough draft I had turned in.

I still haven’t published that book. But I work on it every few years. This week, when I hit one of my lowest spots in strength, hope, vision, and creativity my editor friend sent me a note. He told me about a writing book he’d discovered and how he thought I might like it, too. Then he told me he likes my blog.

And there it was again. Mercy. Encouragement. Affirmation. A reason to keep going as a writer even when life is full of extra “J’s”.