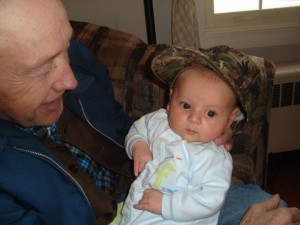 You probably know by now, Dear Reader, that I love the Bible. Specifically, I love the Old Testament. Pretty much all of it. Even the begats. I know lots of people skip those portions of scripture with weird names that can seem both boring and unnecessary. I’ve been known to skim them myself. But, I also know God put all that lineage into the Bible on purpose. I’m sure we haven’t figured out all the reasons yet.

We have, however, figured out some things. Several years ago, a man named Dr. Bruce Wilkerson pulled a short sentence out of that list of names, and created a phenomenon in the publishing world. If you’ve never heard about The Prayer of Jabez, check it out. About a zillion other people have.

I’m not reading the Book of Chronicles with an eye out for the next bestseller, though. I read the names because they mean something to me. They mean God cares about individual people. And He cares a whole lot about how they relate to one another, about where they fit in the bigger scheme of things.

I dare you to actually read the begats sometime. Say the names slowly, out loud. Don’t worry about how you pronounce them. Just sound them out phonetically. Then grab a Bible dictionary or topical index and investigate a few of the interesting names. You may only learn that Ammizabad was a son of Benaiah, which pretty much tells you nothing. (Except that Benaiah was one of David’s mighty men who has some pretty cool adventures.)

But, you might discover that the guy named Heman who became a singer, musician, and psalmist under King David was actually a grandson of Samuel — the prophet who anointed David as King. The same Samuel who first heard God call his name when he was just a little boy.

I see a story there…