When The Dots Connect 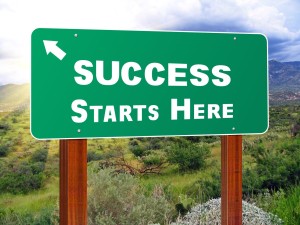 Next week, I’m going to be dancing in the streets. Okay, maybe just in my kitchen. The cause of this celebration is that one of my friends/students/fellow artists will see his first story published. And, if you have ever struggled to bring anything to life – a child, a plant, a song, or a dream – you know this is a Big Deal with capital letters.

I’d be deeply thrilled for Josh even if I had never played the tiniest role in seeing this dream launched. But, the fact that I got to play third chair in the clarinet section for one short song of his symphony makes it all the sweeter.

This weekend, I discovered a starting point that I’d completely forgotten. A letter from my husband’s aunt thirty years ago. I’d written to Aunt Carol back in the days when I was still too embarrassed to admit out loud that I wanted to be a writer. But I wrote my secret dream in a letter to the aunt in California whom I’d never met through anything except letters. My mother-in-law had told me, erroneously it turned out, that Aunt Carol had once written a book.

Aunt Carol did, however, give me detailed advice on how to learn the craft. (Subscribe to writing magazines. Take classes. Buy books.) And how to get published. She even suggested some excellent publishing houses.

I’ve always felt Aunt Carol is my kindred spirit in the writing world, but I had forgotten that she was the one who made me brave.

And now, years later, I have helped Josh be brave. So the dots connected this weekend. And, if Aunt Carol ever reads Josh’s story, I think she will be pleased. Because the hero reminds me a great deal of a certain cowboy who once lived on a ranch out west and was married to our dear, Aunt Carol. Josh has never heard of him, of course, but we all called him Uncle Charlie.

I call that lovely.