To Carry A Name 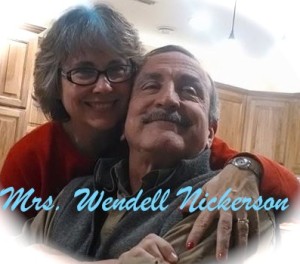 I remember when my grandmother used to take me to the grocery store with her, and she always signed her check, “Mrs. D.E. Grubbs” in long, curly script.

The signature fascinated me in so many ways. First, no one ever called my grandfather D.E. Grubbs. His full, legal name was Donald Earl, but the closest thing to an official name anyone ever used was Earl. Most folks just called him Shorty.

Second, few people referred to my grandmother as Mrs. Grubbs. She was Aunt Nellie. Or Mom, or Grandma. Or just Nellie. Or for the visiting preachers who wanted to be a bit more formal, Sister Grubbs.

But, I recognized something solemn in that signature. Something legal and binding and grander than the overalls and sunbonnets of daily life. Later on, I often heard my mother refer to herself as “Mrs. Clifford Grubbs” when she conducted business.

I, however, married in an era when women were throwing off the shackles of male-dominate society. We demanded our own identities, and some women even used their maiden names to assert their independence.

Therefore, I kept to myself the secret thrill of writing in curling script across every available surface for several months, “Mrs. Wendell Nickerson.”

And I suddenly remembered how proud I am to carry my husband’s name, too. Because for me, Women’s Liberation came at the cross of Christ. Right along with Men’s Liberation. So I carry the Name of Jesus with humility and gratitude everywhere I go.

And I carry the name of Nickerson with similar feelings. Because those two relationships, the one with Jesus and the one with my husband, both set me free to be who I am meant to be. They liberate me through love, in ways I can’t even explain. And in ways a political movement never can.