Going Toward the Light 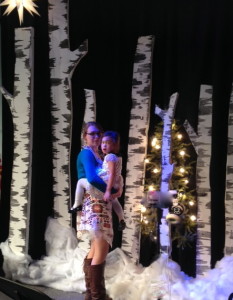 Light is one of the things I love about the Christmas season. Twinkling lights against dark skies. Shiny baubles on tabletops. Sparkly sweaters and sequined scarves. I love it all.

A few weeks ago, I read a fascinating theory about all that. Maybe Daniel told them. As in, Daniel of the lions’ den. In case you don’t remember the history, here is a paraphrase: Daniel and his peers were taken captive when they were young men and hauled off to a foreign country called Babylon. It was a pagan nation, where everyone and everything went against their faith.

Daniel decided to stay faithful to God and yet become an honorable servant to the king who had captured him. The prophet Jeremiah helped that cause by writing a letter saying, “Look guys, you are going to be there a while, so settle down, build houses, find wives, get a life.”

Daniel listened. As a result, he became a prominent man in the nation, an advisor to the king. (Pagan kings were touchy. Thus, the lions’ den when Daniel was an old man. But, that’s another story.)

With that background, it is easy to see Daniel sitting around the table with a group of Persian leaders, telling them about the prophetic writings. I can imagine him talking about Bethlehem, where King David once lived and where the Messiah would eventually be born.

Maybe, centuries later, threads of that conversation still showed up in Persian literature and led a group of wise men to a manger in Bethlehem.

I’m not sure the theory is true, but I love the possibility. Because it reminds me how God can take a horrible situation like captivity and use it to bring a whole new people group into the Kingdom of God.

It also gives me hope for the hard times in my own life. Maybe, someday, one of the trials I’m enduring now will become a shining star for someone else. Maybe it will rise up in their darkness and lead them all the way out of Babylon, across the Judean hills, and to a tiny, hopeful, promising revelation of Jesus Christ Messiah.