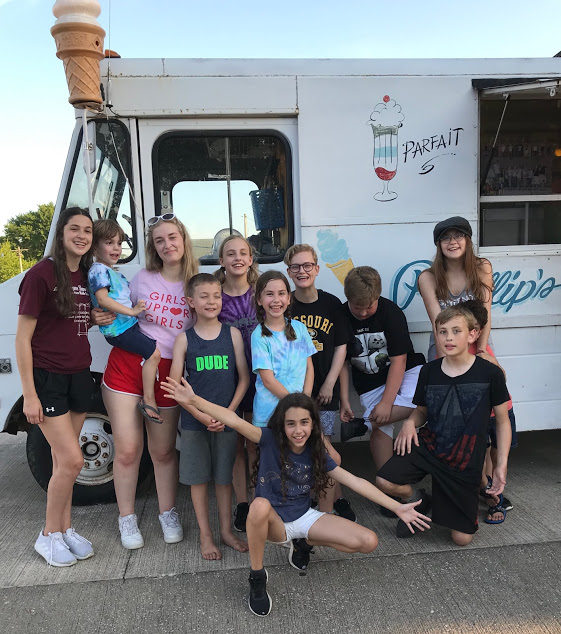 Cousins Camp. We’ve been doing it since the first three grandsons were toddlers. They are in college now and sometimes make an appearance during camp to eat a meal and toss a ball with the little kids. Mostly, though, they work real jobs in the summer and send their love.

The other eleven are still glad to come, along with assorted great-nephews and sort-of-adopted grandchildren. So, the numbers fluctuate on most days. We tried hard to bring #15 with us this year, but she was only 48 hours old and her mama said, “No.” I think six-months is the record for the youngest camper.

Usually, we do a full week, since many of them come from more than five hours aways. We have to make that trip worth the trouble! But, we were happy to find four days this summer that the majority could get together. My hubs & I brought ten of them to camp from their homes. (He says never again. Not without a party bus). I think he says that every year, and then we do it anyway.

It is hectic, crowded, noisy, ripe with opportunity for disaster, and one of the best things we do with our life. This year, we had just moved into a different house, which was still under construction. Of course. The unfinished bedroom made a great place for camp cots. The unfinished bathroom created difficulties. So, I rented a port-a-potty, and you can imagine, Dear Reader, what the teenagers and the neighbors thought about that.

Some people wonder about our sanity. They can’t imagine why we would submit ourselves to such chaos. I’ll tell you why. 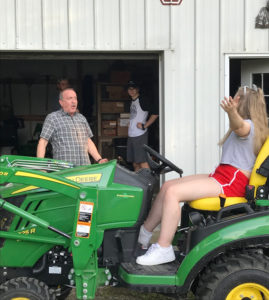 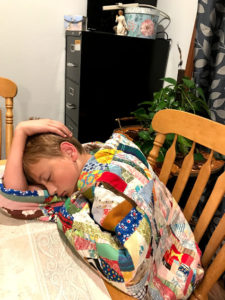 When Jesus chose His disciples, He included two sets of brothers and a couple of their friends. He was baptized by His cousin. Family ties do matter in the Kingdom of God. I’m determined these cousins will know one another, even if they never turn the world upside down together. But then again, they may.