Why I Love the Senior Discount 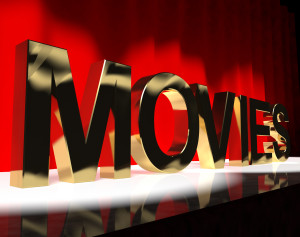 The hubs and I went to a movie theater last night, which is rather a rare occurrence for us. As a writer, I love going to movies. I always come away feeling inspired to make art. I think story is the universal language of the soul, and a good story can move a person in the way nothing else possibly can.

We saw a good story. But that isn’t the point of this post. The point is this: We got the senior discount. This is the second time in a few months we’ve been out on the town in a distant city and have dropped in at a theater and announced, “Two seniors for the 6:30 showing.”

It gave me a thrill both times. I know it sounds weird. But it feels a bit like a teenager who just got a driver’s license. “Hey, look! We are grownups! Over sixty and out on a date. No babysitters to worry about. No curfew except the one our tired bodies impose. We could go for ice cream after the show if we want. Or shopping at the mall. We could even walk out, buy another ticket, and turn around to see a second show!” (Oh, yes. We have.)

The guy buying a ticket in front of us last night had whiter hair than ours. His face held lots more lines. The younger-looking lady with him cracked a few jokes about the fact that he might qualify for the senior discount. When he got to the window, the ticket-taker asked if he was military. He did have the look. But, no, he didn’t qualify for that discount. Student? Not that one, either? Theater rewards card? Nope. The guy pulled out his wallet and paid full price. He could not bring himself to say the words. Then he squared his shoulders and tried to walk into the theater looking as young and hip as the lady beside him. And I felt sad for him. Because he didn’t seem to be having nearly as much fun on his date as we were having on ours.

We stepped up to the counter and announced, “Two seniors, please.” I did sort of expect the lady to card us. But, when she didn’t, I just grabbed my hubby’s arm and smiled. Let the fun begin!