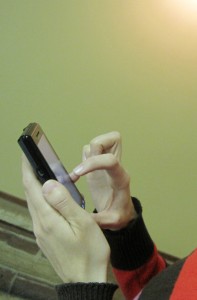 Sometimes (Okay, lots of times) I worry that I haven’t done enough as a writer. That by this season of life I should have written several novels of enduring value. Or at least a few dozen more magazine articles. I wonder if my piddly contribution to the vast library of the world even matters.

But today I read Haggai.

He is one of the minor prophets in the Bible. The ones who are hard to find without an index. And, he only rates two chapters. If The Complete Works of Haggai the Prophet was listed on Amazon, it would only include four essays of  a few paragraphs each.

But, what a difference those words made.

After seventy years in exile, a small band of Jews had been allowed to go back to Jerusalem from Babylon. Their task was to rebuild the holy city, and they started by laying again the foundation of the magnificent Temple. But the bad guys hassled them so much they quit building. Sixteen years passed, and nobody lifted a stone.

Then, Haggai stood up and spoke. His words  ignited vision, renewed strength, and put an entire culture back on track. Today, those words are captured in two short chapters of a sixty-six book collection.

Reading Haggai today made me grateful. It also made me wonder what my few words might do in the earth.