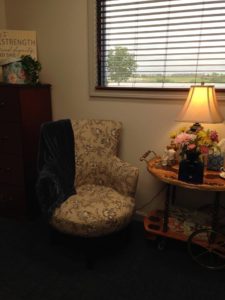 My editorial calendar had a blog post scheduled for today. But, I couldn’t do it. A dear friend has gone home to Glory this week. Reward for him, sorrow for us. And, I could not bring myself to write about anything else.

(I know my last blog post was a memorial. I hope this doesn’t become a trend.)

When someone that I love dies, I walk around wondering why other people don’t seem to notice the earth has shifted. I feel as if we have entered an alternate dimension. Earth stuff seems so irrelevant. Yet, everyone around me keeps going on as if the morning news actually matters. As if they still care about clothes to wash, bills to pay, and arguments to win.

I just want to stop. I want to sit shiva as Jewish families did in Jesus’ day. (And many still do). Mourners took off their shoes, sat on low stools, and grieved for seven days. They had no other responsibilities but to absorb the new reality of their world. They were “brought low” during this time.

The friends of Jesus were probably preparing to occupy their stools when news came that He wasn’t dead after all. He had come back to life. Can you imagine the emotion of going from the low stools to the heights of glory in a few sentences? (Of course, they had to deal with doubt, betrayal, and misunderstandings, too.)

I am always brought low by death, and God understands that. He never intended for us to die. His original plan was for us to live forever in perfection. And, He has made a way that we still can.

Our dear friend has left his address here on earth. But he isn’t dead anymore than Jesus was. He is very much alive in a Heavenly realm that we can’t see or fully understand. In a little while, that reality will overcome our grief. We will get back up off our stools then. We will start to care a bit about the mundane details of life. We may even argue with one another.