Why We Can Sleep at Night 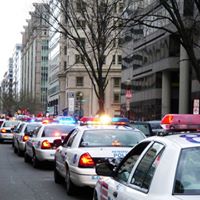 In the first Men in Black movie, Agent Kay says, “There’s always an Arquillian Battle Cruiser, or a Korillian Death Ray, or an intergalactic plague that is about to wipe out all life on this miserable planet. The only way these people can get on with their happy lives is that they “do not know about it!” (Men in Black, 1997)

Eighteen years after the tragedy of 9/11, I’m glad we don’t know how many similar attacks have been thwarted. They have been stopped by the brave men and women who protect our nation through intelligence, combat, diplomacy, law enforcement, and other areas. I’m grateful  I can sleep at night because quite often, they don’t

People are frail, though. Even the best of the best can’t be everywhere all the time. So, I lean on another quote. This one comes from real life, not a movie. Thousands of years ago, a man named Elisha and his nameless servant stood surrounded in a city by an enemy army.

“What shall we do?” the servant asked. (A question most of us repeat in many ways each day.)

Elisha told the servant not to worry. “Those who are with us are more than those who are with them.” He then asked God to open the eyes of the servant. Suddenly, the man saw the enemy was surrounded by a mountain full of horses and fiery chariots. The army of God.

You might think that encounter ended in a huge, bloody battle. Instead, it ended in mercy. Elisha asked God to blind the enemy soldiers. Once they stood helpless, Elisha spoke to them like a Jedi, “This is not the way, nor is this the city.” He told the enemy army to follow him, and he led them straight into the city of his own people.

There, he had a feast spread before the army, and he fed them.

I’m too realistic to expect that we can solve the horror of terrorism by throwing a party for the enemy. I do, however, trust that God and His angel armies are still surrounding us. They are many more in number than the enemy of our souls. I also trust that at the end of all things, we will see the miracle of everlasting peace. Until then, we trust God. And we honor the protectors who serve in black, blue, green, white, and dusty desert fatigues.

You are better than Agents Kay, J, and every other letter of the alphabet. Thank you for serving.