We Still Look for Helpers 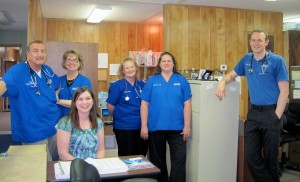 A few of my favorite helpers. All serving in different places today, but still helping

On this anniversary of 9/11, I can only look at so many heartbreaking images again before I have to pull on my soft sweater, change into my sneakers, and think about this perfect advice from Mr. Rogers:

“When I was a boy and I would see scary things in the news, my mother would say to me, ‘Look for the helpers. You will always find people who are helping.'” — Fred Rogers

Several years ago, I discovered a whole new batch of helpers in a beautiful book called “The Day the World Came to Town.” This is the story of the small town of Gander, Newfoundland, where hundreds of planes and thousands of people were suddenly grounded without warning. Many years after the massive tragedy, I discovered details I had never considered.

I had never thought about what happened to all those people who were half-way across the ocean when their planes were ordered to land at the nearest airport. But, in one small Canadian town, more than 6000 of them were welcomed, warmed, housed, and fed for nearly a week. When I read the book, I wanted to send a bouquet of flowers and a box of chocolates to the people of Gander and possibly to author Jim DeFede who tells their story. Because they are reminding me of the beautiful truth Mr. Rogers’ mother knew all along.

When towers fall or rage explodes, the bad guys always think they have won. But their victory is so small. So temporary. The hatred that drove them will devour them. The real winners are the helpers who reach out beyond walls of race, religion, social status, or cultural expectations.

They simply turn toward the noise and start walking with their blankets or their soup or their huge, strong, brave selves that say, “you shall not pass this way again today.”

Because when you help someone, you touch the heart of Jesus.