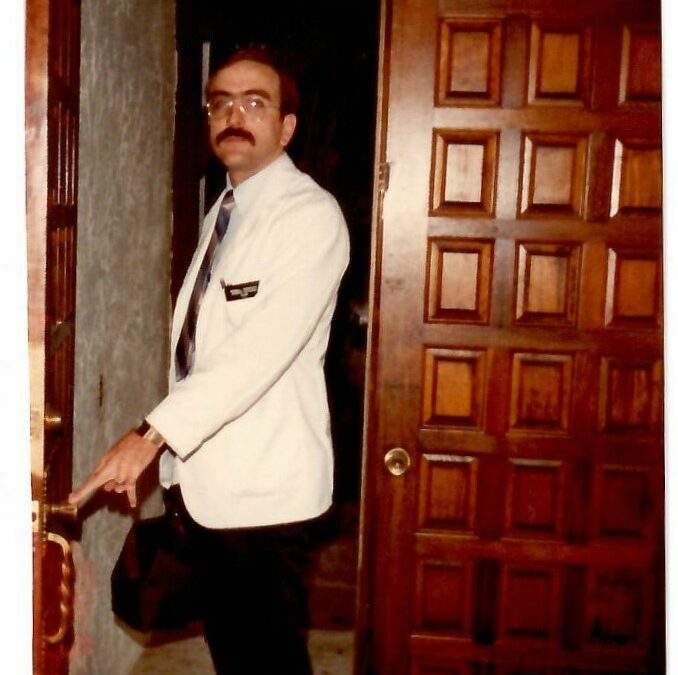 My handsome husband is coming home.

When he walks through the door tomorrow night, he will be just a few months short of spending fifty years in medicine. Fifty. He was a college freshman when he talked to his mother about becoming a doctor. “Fine,” she said, “If you want to become a doctor, start at the bottom.” (Literally)

So, he started working nights at the local hospital.

In those days, he was called an orderly, which meant he mostly emptied bedpans and cleaned up messes. I met him a few months later. We sat in Pizza Hut on our first date, and Wendell described his plan to become a country doctor. He wanted to take care of generations of people, and do it all for the love of helping people rather than for the goal of getting rich.

I signed on for the dream and the dreamer that night.

During our first year of marriage, Wendell became an EMT and worked on the county ambulance service. He eventually studied to become one of the first certified paramedics in the nation. For the next few years, he went to college, worked as a paramedic, and taught EMT classes around the region.

He often worked double shifts in those days and once went three months without a day off. (We do not recommend that lifestyle, in case you wondered.) He started medical school the year our third child was born and graduated when our fourth child was a toddler. 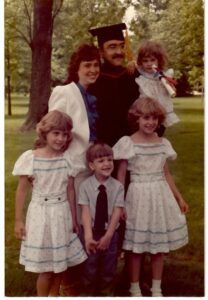 Wendell did exactly what he set out to do. He has cared for three generations of many families and even reached into the fourth generation of a few. He has made house calls down the street, across the ocean, and into other nations. He has seen people brought back to life as he pumped their chests. And he has seen beloved patients slip away while he stood by to comfort. He has never stopped teaching, and he has never stopped learning.

From those first days as an orderly to these last years in a pandemic, Wendell’s motto has always been, “I am here to serve.” It is a Biblical concept, and one that applies to his roles as a son, husband, father, grandfather, and friend as well as a doctor and a deputy sheriff. That won’t change when he comes home.

We are stepping into a new day, a different season, a great unknown. But nothing will really change in our hearts. We know there will be new dreams to chase and new people to serve. But we may take a few days first to enjoy being together. 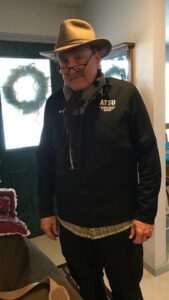